From the ‘You couldn’t make it up’ files… the BBC reports that gunmen in the strip are getting lessons in the “laws of war”, and first aid training, from the International Red Cross.

All the Palestinian armed factions have signed up to the course, though they are being taught in individual groups.

So presumably the students include Hamas gunmen who routinely fire on, beat and torture their opponents, as well as the various factions responsible for firing rockets at civilian targets in , with the attacks often launched from civilian areas in , including schools.

In fairness, Katya Adler’s report strikes a skeptical tone in parts. She describes the sight of masked men pairing up to practise using bandages, splints as “incongruous”, and acknowledges that:

Gunmen use busy streets, even private homes, as battlegrounds.

But she fails to challenge the contemptible Palestinian claims that they only target Israeli civilians because the Israelis deliberately target Palestinian civilians – presumably because, like most of the BBC, she thinks there’s some truth in the allegation.

This is a publicity stunt cooked up by Palestinian terrorists and their sympathizers in the Red Cross, and the BBC is duly giving them publicity.

The head of Gaza operations for the Red Cross, Anthony Dalziel, said the course was part of his organisation's worldwide effort to teach international humanitarian law to all parties in armed conflict.

So I guess the next time a barrage of rockets lands on Sderot, and in class that evening the teacher demands that whoever was responsible put his hand up, some member of the Al-Aqsa will sheepishly put his hand up, and be made to stand in the corner wearing a dunce's hat.

The Red Cross, along with the UN and other aid organizations, tend to side with the perceived victims in conflicts, more so when large numbers of staff are recruited locally (the report says the teacher of this course is a locally-recruited Red Cross staffer).

At best they allow themselves to be accomplices to propaganda, as in the notorious ‘Israeli rocket attack on ambulance’ hoax, and at worst they become involved in the conflict by allowing their vehicles to be used by terrorists (you’ll find a glowing Al Jazeera report on the Red Cross classes for terrorists on the same page).

The Red Cross also likes to lecture the Israelis on the laws of war. But while the Israelis sometimes bend the rules, and occasionally break them, members of Hamas and other Palestinian terror groups go out every day with the explicit aim of killing and maiming civilians, whether Israelis or Palestinian opponents. It’s also worth noting that Hamas, along with Hezbollah, is violating the Geneva Conventions by refusing to allow the Red Cross to visit captured Israeli soldiers.

For all the good work it does around the world, the fact that the Red Cross refuses to draw distinctions between the two sides, and continues to allow itself to be used by terrorists in Gaza and elsewhere, shames it. 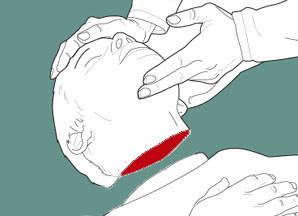 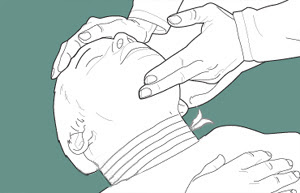 3. Remove video of beheading from internet.

4. Prop casualty up in a chair.

5. Call AP and Reuters, and get them to photograph the casualty, explaining to them that he's in excellent health, but has suffered mild whiplash in a car accident, and is having a nap.

8. Call AP/Reuters and tell them casualty has been run over by Israeli bulldozer.

Lesson 2: Casualty suffering from multiple fractures and internal injuries after being thrown from roof by rival faction: 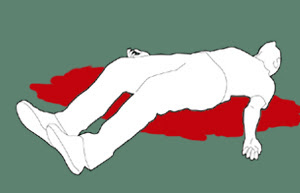 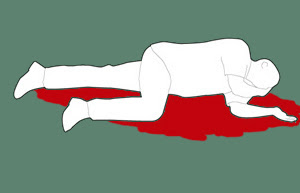 3. Call BBC and explain that casualty is impoverished fruit farmer who threw himself from rooftop after being driven to despair by Israel's closure of Rafa border crossing.

Lesson 3: Casualty with multiple bullet wounds to abdomen after being shot by rival faction during protest/Friday prayers: 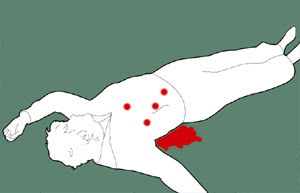 1. Check casualty for pulse and breathing. 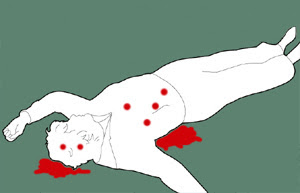 2. If pulse and breathing are detected, administer two shots to the head from close range to finish casualty off.

3. Call France 2 television, and get them to produce a fake video.

Update: Welcome all, and Happy Thanksgiving to my visitors from across the pond. Thanks to JammieWearingFool for linking, and for plugging me over at LGF, and thanks to Theo and Freeborn John for linking too.